Posted on December 4, 2019 by pinewoodcavapoos

Our usual pupdates are our Cavapoo pups, but I got a nice surprise the other day from one of our Poodle parents!

This family adopted one of the Reba/Sundae pups, a chocolaty-brown female they named Annie. Months later when I had decided which phantom (black & tan) boy to keep, I was looking for a home for his (almost) twin brother who we called True. We had gotten pretty attached to him, so it was hard to let him go, but I didn’t need to identical boys. The family reached out to me and True (now Bodie) went home to live with his sister.

Here is the recent update with some pretty pictures.

“Since it is hair cut week on your side of the mountains I thought I’d send you pictures of Annie and Bodie(True). They got a hair cut today.   He is such a sweet, loving dog! It has been great for Annie to have another dog to play with. She has soooo much energy. I found her on the kitchen table the other day. I put her back on the floor and watched her go right back up there. She jumped up right from the floor..she is part kangaroo. The two of them go crazy running and playing. They both talk to you… Annie much more than Bodie. There are times I wish could “speak dog”.  It would be easier to figure out what she wants. Hope you had a good Thanksgiving.

Merry Christmas.
Thanks for raising such great puppies” 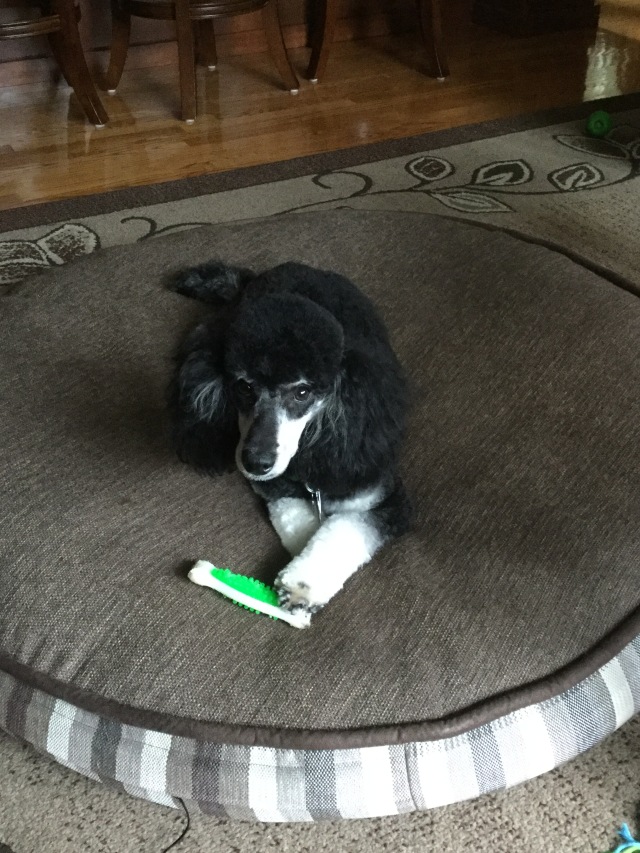